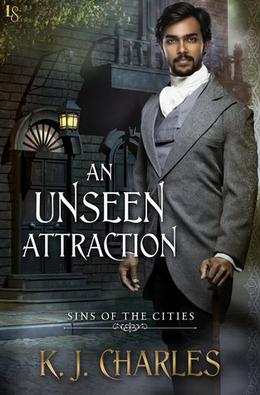 If you’re a fan of historical romance that reads less like a romantic comedy and more like a gothic novel, I cannot recommend KJ Charles highly enough. This book is the first in a new series, so is also an good place to get in on the ground floor of an expanding universe. Charles is also a good author to be aware of if you’re looking to explore romance with diverse characters - not only is this book m/m, it also features a mixed race couple; an element which quietly informs the story.

Charles’ writing is sumptuous and atmospheric. I could nearly smell the streets of London as described. However, that also meant it took me a while to orient myself with the language. I’m not a usual reader of Victorian novels (here is where I confess that Dickens is one of my least favorite writers), and so while I can recognize the craft right away, it isn’t my favorite style of writing.

Additionally, while Clem and Rowley build a romance throughout the book, the focus is much more on the mystery they are solving together. The tension between building a romance and building a mystery has to be so challenging for authors and I’m not sure that the balance is struck quite right here. There are readers who will love getting lost in the mystery, but if you’re coming to this one for a love story, perhaps adjust expectations.

Both Clem and Rowley - and particularly Clem - are not typical romance heroes, which adds to how slow the romance builds. Clem might be on the spectrum somewhere (I’d argue he definitely is) and Rowley is quiet. I never, to be frank, bought them as a couple at all, which may also be why I think the mystery won over the romance.

Of KJ Charles’ oeuvre, I’m not sure I’d place this one at the top. There was nothing wrong with it, explicitly, it’s just that the sum of its parts never really came together for me. If they did for you, comment below!