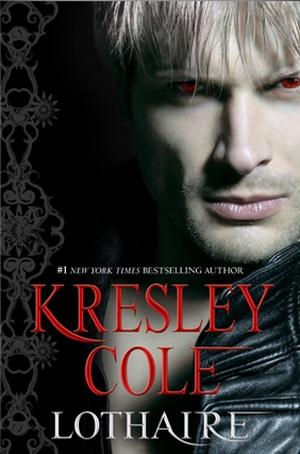 Hands down bow to Kresley Cole for writing an amazing novel that has perfection etched in every loop and corner. Everything about it shouts out how fantastic the novel is- the plot which doesn’t let you keep the book down till the very end, the characters that are detailed and heavily described yet it doesn’t make the novel boring but makes you want to read more about them and how the story is carry forward. Although all the novels in the Immortals after Dark series could be read as standalone, I would highly recommend you to read all the earlier parts so as to get the clear picture of our sexy, arrogant, bad boy hero Lothaire who appears in all the previous work.

Lothaire has been working hard to achieve his Endgame of conquering both- The Horde and Dacian vampires- and to bring them together under his rule. On the other end, he is searching for his Bride whom he finds in the poor, Appalachian hillbilly girl Elizabeth (or Ellie). Lothaire who is a ruthless mastermind saves her from committing a suicide and traps her in his penthouse.

Because of her innocence and cleverness, Ellie awakens deep feeling of care in Lorraine which he assumed to be long dead. Ellie gives him calm and peace when is turning into a half-mad brutal vampire who aims to stop at nothing until he wins his Endgame.

Will Lothaire succumb to the miseries of his past or risk everything for a future with her?

A 5 on 5 from me for the strong characters, their individual stories and how the plot is built around them to give us a story that is gripping with not a single dull moment.