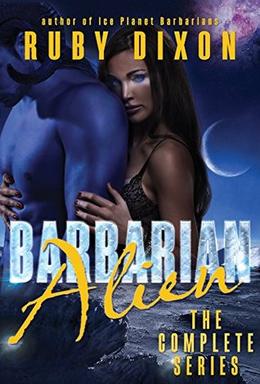 It’s weird, because I adored the first book of this series, and while I liked the beginning of Liz’s story, after the whole forcing the cootie on her (literally forced, her Barbarian Dickhead, as she nick named him, held her down as she kicked and screamed and forced it into her), and then kidnapped her! As such, I ended up not being into the story, and then it got worse. Her Barbarian Dickhead didn’t seem to grasp the idea, even when Liz explained it, that she wanted to make the choice herself, with the cootie, who her mate was ect., but purposefully he refused to understand that everything he did was not right, and then, the Stockholm Syndrome set in, and I was now reading the book to simply finish it. But of course things just happened to get even worse, because the natives are obsessed with impregnating the human women, and no one seems to care if they (human women) want babies, let alone a supposed mate. It’s either accept the aliens willingly or—-but sense the or never happens, it’s just a small dark smudge in the back of once mind, but still it is there.

Needless to say, kidnapping, Stockholm Syndrome, forced matings, impregnation talk—-not my thing. Liz is wonderful to listen to, and is a great female character, who has a strong sense of who she is, what she wants, and what she deserves, with a wicked tongue for come-backs, but other then her, this book was very worrisome to read. Especially from her alien’s point of view, his obsessive need to keep her hidden away till he knocked her up reminded me of a horror Lifetime movie, but Liz just happens to come around to liking her guy...so ya, I think I’m good on reading anymore in this series.

'Alien sex is kind of the same, accept for the whole cohabitation with a parasite thing. That’s weird, really weird, but interesting, and honestly, I think I want more exploration done of this planet.'- Dreamlisy

'This Was An Intriguing Read... From start to finish, this book had me hooked..'- Dreamlisy

How the Earl Entices by Anna Harrington

'****My thoughts**** How the Earl Entices by Anna Harrington is a delightful way to start your day or end your night. Book 4 of “Capturing the Carlisles”, but it can be read as a stand alone...'- Tarenn98

Gambling with the Crown by Lynn Raye Harris

'This was so nice to read, and everything is so fast passed and happening practically on top of one another, that it was practically impossible to put down when need be...'- Dreamlisy

'As can be seen, I have read the next book in this series, and I must say that I actually liked it far more then the first book..'- Dreamlisy