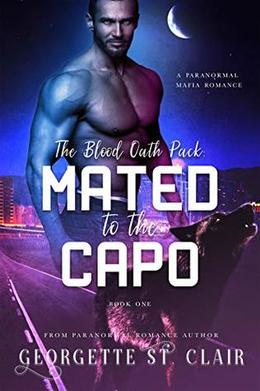 The growth of the characters and the story telling was off the charts! This was such a good read, all the characters were wonderful, everyone had depth to them, even the most minuscule of characters, and if you love romance with actual plot, feels, and laugh out loud moments, then pick this up and read it, because I sure am going to be keeping an eye on this author.

Now, I want to start with Dominic's character development first. Dominic was a bit of an asshole throughout the book, but he wasn't as bad as some other "alpha" male types, and honestly, he had Amazing emotional growth, thanks to our leading lady, Zoey! Now Zoey, she also had some growth, it just wasn't as noticeable or as large a change, but it's there, and for both characters, their emotional growths fit them, because Zoey was basically already great the way she was, she just needed to tweak something here or there, while Dominic had cobwebs, dirt, and rust he had to get rid of to grow as a character.

I liked the story, how there actually was story and plot playing out, and that the sexy time scenes did nothing to take away from all that. Honestly, it's a short read, but a really fun short read, and the audiobook was amazing as well, thanks to the voice of Maxine Mitchell who probably is 50% of why I even picked this as a read to begin with, but now I’m a fan of the author...damn it.

In Conclusion: pretty great book with good fun sexy times that do not take away from the good story telling nor the very good character growth. So if you like mafia, shapeshifters/magic books, and wished there were more stories with all of that--this is definitely the book for you!—official rating is 3 1/2 stars!