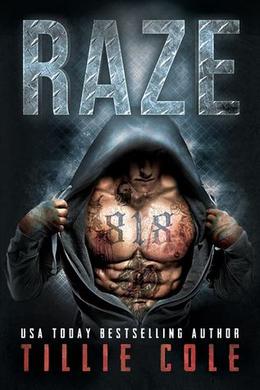 Not Impressed. In Fact Mega Pissed

***RANT AND SPOILERS AHEAD, READ TOWARDS BOTTOM FOR MY CONCLUSION WHICH IS SPOILER FREE PAST THE • • ***

The fact that everyone is so stupid, the “heroin” (if you can call her that), is so passive and just goes with the flow, no matter what, AND is multiple times raped by her fiancé, in detail might I add, and has no clue that the psycho who loves raping her, killing people for sport, (and yes she has seen the way he kills and how much he enjoys it) is shocked when it is revealed by her long lost lover (who everyone thought died over a decade ago), that her fiancé is the one who killed her twin brother back in the day, to gain power in the mafia family, and to get rid of her true love so she would have to depend on him (psycho) and only him. Which she did! She passively, for 12 yrs let him rape, abuse, terrify her, and basically own her simply because she had no back bone, and there was no one else left for her to love but him...because that—is a thing in this book that as readers we are supposed to just accept.

She easily could have told her father about the abuse, because he has power, but nope, she says she can’t cause it would upset him too much. *heavy eye roll* But suddenly, with the arrival of the mysteries homeless man who saves her, for the first time ever, she starts slightly breaking rules, and going out past her curfew...at the age of 25, that psycho gave her....

And when the “big” reveal of who the psycho really is is revealed, the questions of, ‘how can this be, he was always a little off, needed me to quiet the voices in his head sure, and maybe he liked killing a little too much, and raping me, but he can’t be THE Killer of my brother!’.... -______- do you see what I am dealing with here? Like bitch, are you serious??

Then when the fiancé snaps and kidnaps her and has her driver, at gun point drive them to his hide away place along the ocean—or some place, the whole ride there, No One takes out a cell phone and sends a message or dials 911 secretively? And now that I mention it, did anyone Ever use a cell phone in this book? I know there were house phones, but ugh! Now I’m going to have to rage skim through and see if anyone had cell phones and also, the second she realized that her dead lover was still alive and that it really was him, instead of confronting him and reminding him as soon as possible who he was, and who she was, and coming to the natural conclusion that she and the whole family were lied to about what really happened to her lover (him), she instead just let’s things progress at a snail’s pace, and.does.nothing. Not until their final night when she finally decides to help jog his memory! But by then it’s practically too late! I mean...this isn’t rocket science! Time is of the essence! Thinking and using your head for simple critical thinking is easy! Clearly there is more going on under the surface then your supposed dead lover coming back with amnesia.

In conclusion, the story would have been better if not so predictable from page 1, and getting from point A to point B was not like pulling teeth in how much the story dragged on and on, with unnecessary drama for the sake of drama. And it didn’t help that apparently no one had critical thinking capabilities and was able to clearly tell who the psycho/bad guy was. Ugh just—no. Just a Big fat NOPE to this book! The only good parts: the death scenes, fights, and the narrators’ voices.