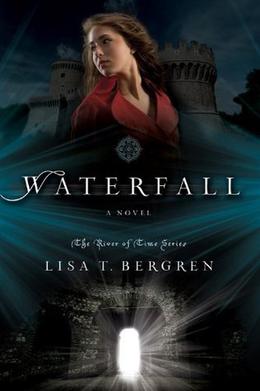 ** spoiler alert ** I’ve read this book once before and I can honestly say I don’t remember it being this trite and annoying.

Bergren is bending over backwards to push girl power, but all her major female characters are some combination of flighty, whiny, reckless, and boy obsessed.

The heroine is constantly running off on half-cocked schemes that inevitably go wrong but then she learns nothing by the end of them and just starts it all over again. It doesn’t matter if she’s gotten herself to death’s door like twice in a week, she’s running to greet it again. And she’s supposed to have this beautiful relationship with her sister (the only “evidence” of which was Gabriella narrating that they giggled over foolishness twice - which I already don’t respect, but that’s another issue altogether) but pines like once at a window for a day for her sister, then the whole book pining for a random boy she just met. Then when she’s dead and trying to tell God (by the way the manner in which Gabi treats religion is downright insulting) whether she wants to take the apparently easy way out and go to Heaven or stay back and slave to get her sister out alive and support them both, and she decides to stay but - not for the sister this entire book has been focused on her retrieving. Oh no. She decides not to stay dead, in enemy territory, and not go to Heaven because of a boy she just met like 2 weeks ago. Then then they’re throwing around the word “love” as if they have any right to be hefting about such a loaded word when they hardly know each other (though honestly he’s in a better position for that than she is) - what with her being into him just because they’ve been through some stuff together and he looked hot while it was happening. Also that she can’t have him.

So he’s apparently in “love” and calling her “beloved” though he’d just been calling his fiance the same thing because she’s hot, clearly a novelty, and brave to the point of recklessness. And she’s into him because he’s hot, she can’t have him, and he kept her from getting herself killed a couple times. Other guys went all the way and died for her, but they get nothing because they weren’t as hot.

But I’m supposed to actually believe in this relationship? I’m sorry but no.

But taking a step back to look at her character a bit more broadly, Gabriella was just strange honestly. She’s supposed to be 17 but she felt like a weird mix of idiotic, emotional decisions and angst from a 15 year old, and a self insert of the author. It was a little disconcerting.

The few times Gabi actually talks about Lia’s personality it’s more of that clichéd picture where the sisters basically always get along and relate so well though they’re years apart and there’s no competition or power dynamics in play at all. At least until Lia is actually introduced as her own person then she’s whiny and a crybaby, is unrealistic and unreasonable, throws effective tantrums and walks out when she doesn’t get her way. At which point Bergren has to backtrack to account for the behaviour so it doesn’t seem quite so incongruent with all the other information we have about Lia. Honestly the only redeeming quality Lia has is that she works well under extreme pressure....she’s just a mess with everything else outside of that.

I’d been really disappointed about this because despite the cliché after what Gabi had been saying about her I expected them to get along so well and had been excited for them to really have to chance to bond after being apart in a stressful situation, as well as over the effective loss of both their parents, but I’m greeted with this demanding, tantrum throwing child who rather unreasonably expects her sister to travel 2 miles to a tomb the day after her wound had been cauterized too early - because they’re always in a rush. Don’t get me wrong, she was the voice of reason about them needing to get the heck out of dodge quick before anyone tried to look into their flimsy backstory - because it was pitiful, of course it couldn’t hold water - but her time frame for execution was just ridiculous and utterly selfish considering her sister couldn’t even sit up yet without breaking into cold sweat and sounding like she was going into labour. So she was a disappointment.

Then Romana was just another clichéd other woman antagonist thrown in to make it an annoying love triangle with an obvious outcome, but it’s there anyway to provide a source of conflict. Sure she’s sly and kind of clever I guess but her character trope is overdone and frankly, I’m tired of it. Certainly the cheating Gabi and Marcello are doing behind her back doesn’t endear me to any of this either.

This book couldn’t pass a Bechdel test to save its life.

It’s honestly kind of unbelievable how much weight Gabi puts into Marcello’s opinion whom she basically doesn’t know . Every moment he’s there (which is a lot of moments) she’s wondering if he’s looking at her and if he is what the look means, then saying she doesn’t deserve him because he has a steady woman lined up, then feeling vindicated for wanting him because his fiancé is a manipulative wretch, then second guessing it all because he probably doesn’t want her anyway, but then his touch will linger or he’ll smile at her and she’ll go off on another mad tangent. When he’s not there it’s more of the same but with more guilt and angst thrown in for spice.

There were some other things I had issues with:

- The antiquated language felt like posturing that the characters couldn’t take seriously even when they were. I’m not sure why - maybe it just felt a little too overdone to me.

- The constant clichéd aphorisms just got on my nerves. And then it just rubbed salt into the wound that she’d put so much significance on them; “It is what it is” and “Seize the day” are disgustingly common, so you really don’t meed to hold them up like a huge life lessor your father taught you and repeated ad nauseam. The effect just came off as #deep to me. Maybe if Bergren had used ones that were less common it wouldn’t bother me so much, but as it stands it got on my nerves

- The near constant obvious observations about the differences in amenities between eras. I’m sorry but after a while they started to feel like the aphorisms.

- The author dating herself with the minor elements. Like saying that the 13th century guys were losing their minds over the amount of skin that would be revealed by capris - the way modern people lose their minds over bikinis. Except no one wears capris anymore and with the way fashion trends are leaning more toward nakedness now, hardly anyone bats an eyelash about bikinis because they’re publicly and situationally appropriate clothing.

- To top it all off, Marcello doesn’t even really have much of a personality; he’s just the standard cardboard cut out of a slightly-overbearing-hot-guy-with-a-hero-complex. I’d been considering rereading the rest of the series but if this is all he’s going to bring to the table (amidst the void of character development) I just don’t think I can do it.

I had a bit of a love/hate relationship with how convenient Gabi’s knowledge was; she knows a decent bit about Italian geography, some ancient Italian history, is apparently fluent in English, Modern Italian and since the start of this book, Middle Italian, can speak and read rudimentary French and Latin, knows sword fighting, rock climbing (she can scale walls), and is accomplished at horseback riding...there might be more but this is what I can remember off the top of my head. It’s definitely too convenient how at 17 she has all of these skills that she just happened to need for this particular time traveling trip, but at the same time I’m constantly, painfully aware of how quickly everything can go south if she isn’t useful and an accomplished liar in the sort of situation she’s in. So it gets on my nerves because it’s clearly for the convenience of the plot, but the precipice-like nature of the setting and plot give me enough anxiety that I’m just grateful her gimmicks work.

With all this negativity, one might wonder then why I gave it 3 stars instead of 2 or even 1. I think I have three reasons:

1. Because it really could be worse. I have suffered and I know, and I am at least a little grateful to Bergren for not abusing me with utterly abhorrent literature.

2. Because I’ve always thought the idea behind Bergren’s storyline was very interesting. I always want to see how the girl will cope in such a foreign environment, completely alone with the disadvantage of the prejudice against her gender but the backbone and knowledge that comes with being someone from a more modern era. I can only remember two books I’ve read that use this idea, they both use it a little differently: the “Outlander” series and the “River of Time” series.

'**spoiler alert** 4.2 stars I quite liked this. I probably shouldn’t think this or at least not say it, but the attempt at creating a sociopathic character in Achilles was quite refreshing..'- Anacondabun

'So This Is An Emotional Read..'- Dreamlisy

'Alien Abduction Done Right!... I have read a good handful of alien books now, and not one has ever hit all the marks of a good alien abduction story..'- Dreamlisy