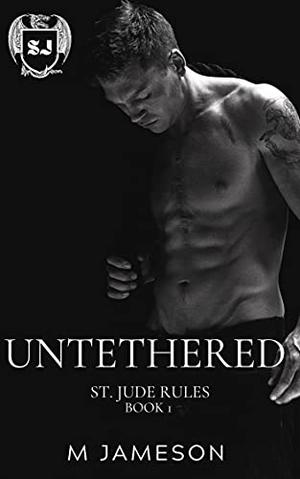 For me personally, as an avid romance reader, it’s always about the story and the first half of this book didn’t quite satisfy me in the ways I was hoping it would. It’s literally all sexcapades (🥵🔥)—like the whole plot felt like it was sex with sidebar here and there moments of an actual overall story. Since the first half is made up primarily of jumping from one sexual encounter to the other the falling in love part of this story was actually very hard for me to find realistic. So much of it is sex which means their relationship feels like it’s solely based on sex. For me to believe it wasn’t just being carried away in lust and infatuation (especially from the heroine) I needed more of their story. I’m not saying it had to be sweet or anything, but I needed more than just their steamy moments. At one point even the heroine calls them out for just being sex. The second half of the book immensely made up for the lacking story in the first half and really cemented how invested I am in this series. If you are struggling with the lack of story in the first half try to push through to reward yourself with the second half.

Overall, a read I enjoyed and could barely put down. I’m really hoping the books that follow give us more of a story in all areas so that it doesn’t seem like sex makes up the entirety of the whole relationship and half the book. These characters are so deeply scarred and flawed that it will be brilliant to see more done with their pasts, futures, imperfections, darkness, traumas, pains, love and healing as they get their happily ever after and I have full confidence M. Jameson can deliver.

I’m conflicted on how to rate this because even though the story is strongly lacking in the first half and the love story is all sex, the writing is good (even considering they typeos that have been missed) and really engrossing. Originally I thought maybe a four star, but I think I’m going to say it lands more on an overall of 3.5 stars for me.

Taming His Creole Beauty by Ru

'This is bad, it's poorly written wooden phrasing comes off the page like a pile of broken sticks...'- Realitysyndrome

'Now this—was a fun/funny book. It tugs at the heart strings and makes you snort with the ridiculousness of every character..'- Dreamlisy

Into the Dead Fall by Susan Trombley

'Lions & Lizards & Great Alien Sex, Oh My! This book was fun, the main character Alice is a bit much at times, but honestly—who wouldn’t be in her situation? The first part of the book is Alice...'- Dreamlisy

The Kraken's Mate by Susan Trombley

'Heavy On The Emotions This is all about the feelings and trying to muddle through the trauma that one experiences when being abducted and experimented on, and coming to know which emotions are...'- Dreamlisy

'** spoiler alert ** I’ve read this book once before and I can honestly say I don’t remember it being this trite and annoying...'- Anacondabun

'**spoiler alert** 4.2 stars I quite liked this. I probably shouldn’t think this or at least not say it, but the attempt at creating a sociopathic character in Achilles was quite refreshing..'- Anacondabun