The Perfect Neighbor (The MacGregors #9) 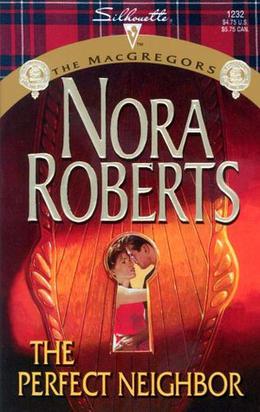 In New York, people were supposed to ignore their neighbours. But that was a rule that Cybil Campbell had never learned. When the sunny brunette knocks on her new neighbour's door, she expected that they would make a connection - after all, she knew everyone else in the apartment block. Preston McQuinn wasn't interested in small talk. He was in Manhattan to finish a job and leave as quickly as possible - until Cybil's sweet nature and big green eyes captured his interest. Cybil was intrigued by her mysterious new acquaintance - but what would she do when she found out he'd been lying to her from the very first moment they met?
more
Amazon Other stores
Bookmark  Rate:

'The Perfect Neighbor' is tagged as:

The 'The MacGregors' series

Similar books to 'The Perfect Neighbor'

Buy 'The Perfect Neighbor' from the following stores: