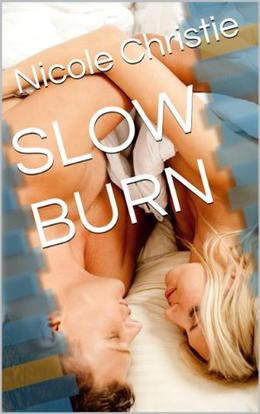 It's the beginning of senior year, and seventeen year old Juliet Somers has made the rash decision to transfer to her boyfriend's school in an effort to spend more time with him. Sexy bad boy Johnny Parker is a legend at Leclare Academy, and Juliet still can't believe that an average girl like her was able to tame his wild ways. She can't wait to start her new school with him by her side.

But one night, Johnny's self-destructive habits lead to a stunning betrayal--and Juliet realizes she's made a huge mistake. Now she's stuck at a school where she doesn't fit in, and all the girls seem to hate her guts. Even worse, Johnny is determined to get her back, pulling crazy stunts to win her forgiveness. Juliet is resigned to being an outcast for the rest of her senior year, with no friends, and no clue what she wants to do with her life.

Things start to look up when she gets to know some of Johnny's friends, and finds that some of them are really good guys. With the help of an unlikely ally at her side, Juliet begins to think her situation is not as bad as it seems. As the school year rolls on, she opens herself up to new experiences, makes some huge mistakes, and discovers things about herself she's not sure she likes.

Juliet resolves to stay strong against Johnny's seductive tactics, but it's becoming increasingly harder to deny she still has feelings for him. Will she risk her heart to him again--or will a hot contender manage to sweep her off her feet?
more
Amazon Other stores
Bookmark  Rate:

'Slow Burn' is tagged as: