The Map of True Places 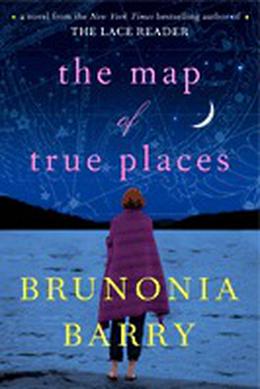 Brunonia Barry, the New York Times bestselling author of The Lace Reader, offers an emotionally compelling novel about finding your true place in the world.

Zee Finch has come a long way from a motherless childhood spent stealing boats—a talent that earned her the nickname Trouble. She's now a respected psychotherapist working with the world-famous Dr. Liz Mattei. She's also about to marry one of Boston's most eligible bachelors. But the suicide of Zee's patient Lilly Braedon throws Zee into emotional chaos and takes her back to places she thought she'd left behind.

What starts as a brief visit home to Salem after Lilly's funeral becomes the beginning of a larger journey for Zee. Her father, Finch, long ago diagnosed with Parkinson's disease, has been hiding how sick he really is. His longtime companion, Melville, has moved out, and it now falls to Zee to help her father through this difficult time. Their relationship, marked by half-truths and the untimely death of her mother, is strained and awkward.

Overwhelmed by her new role, and uncertain about her future, Zee destroys the existing map of her life and begins a new journey, one that will take her not only into her future but into her past as well. Like the sailors of old Salem who navigated by looking at the stars, Zee has to learn to find her way through uncharted waters to the place she will ultimately call home.

'The Map of True Places' is tagged as:

Similar books to 'The Map of True Places'

More books like 'The Map of True Places'   ❯

Buy 'The Map of True Places' from the following stores: