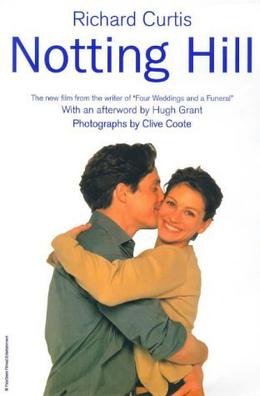 Who hasn't ever dreamed of meeting a movie star, falling in love, and discovering the feelings are mutual? Richard Curtis's Notting Hill is a funny, enchanting, lighthearted take on just such a fairy-tale premise. Curtis's screenplay of the film--which stars Hugh Grant as an ordinary British bookstore owner and Julia Roberts as the world-famous actress who waltzes into his store and his life--makes for an effective and enjoyable read, chock full of the snappy, witty dialogue that made Curtis's Four Weddings and a Funeral such a hit. Fans of the movie will be pleased to relive such moments as Roberts's and Grant's first embarrassing meetings and her appearance at a small dinner party for Grant's sister, where she turns the situation upside-down. On the page, the story is charming if a bit slight (it doesn't feature a rowdy and riotous supporting cast á la Four Weddings), but as wish fulfillment and romantic comedy, it's irresistible and will leave a smile on your face to rival that of our heroine. In addition to the finished script, the book includes scenes that didn't make the final cut (great ones, too--it's too bad they won't be seen); loads of color stills from the movie; an engaging introduction by Curtis detailing the genesis of the film; and an affable if offbeat afterword from Hugh Grant himself. Mark Englehart
more
Amazon Other stores
Bookmark  Rate:

'Notting Hill' is tagged as: