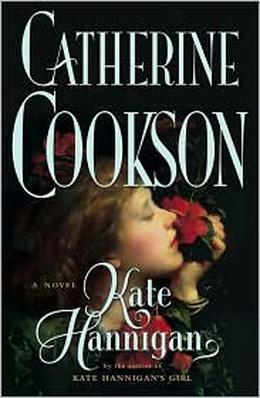 Master of romantic fiction Catherine Cookson is world renowned for her enthralling tales of love that triumphs over impossible odds. In "Kate Hannigan," her very first novel, Catherine Cookson introduces us to the enduring story of her most charismatic heroine. The moment he lays eyes on Kate, Dr. Rodney Prince is enchanted. He senses in this poverty-stricken patient an intelligence and warmth that's completely unexpected. His own wife, living in the oblivion of velvet cushions and lavish dinner parties, seems crude by comparison. Though they meet only briefly then retreat to their separate worlds, the image of Kate leaves an indelible mark upon his mind.

Rodney knows that Kate's spirit has survived life-long suffering at the hands of men. Her father, an embittered dock worker, directed his violent rages toward Kate and her mother. At age eighteen Kate fell victim to a smooth-talking seducer and became the unwed mother of a child she later compromised her dignity to support. Such circumstances only deepen Rodney's desire to rescue Kate and overturn the codes of a society that serve to keep them apart. As the kindhearted Dr. Prince unintentionally wins over the heart of Kate's fatherless daughter, he and Kate begin to acknowledge that the gap between rich and poor might not be so great after all.

Available now in the United States, "Kate Hannigan" remains a timeless tribute to romantic love. England's late, great Catherine Cookson has spun the unforgettable tale of a wealthy man caught in a loveless marriage, a young woman trapped in the slums, and their defiance of the mores of Edwardian society.
more
Amazon Other stores
Bookmark  Rate:

'Kate Hannigan' is tagged as: