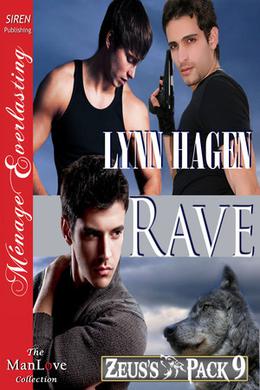 Logan leads a pretty simple life. That is, until he delivers a load of lumber to Hunter's Hardware and nearly gets blown up. Logan doesn't understand who would try to kill him until he's attacked outside the hospital, and then his home. The man after him is relentless.

Agent Monroe is sent to Pride Pack Valley to investigate. Under the guise of wanting to get reacquainted with Rave, he digs into multiple murders committed by a man who can control minds and make his victims kill themselves.

Rave is sent to retrieve someone Dr. Maximus Samuel feels is in danger. Little does Rave know that he will be rescuing his mate, who doesn't want to be rescued, even after being nearly blown to bits when his truck explodes.

As the body count begins to rise in Pride Pack Valley, Agent Monroe must find the man behind the murders. But his investigation leads him to Logan, his mate. Can Rave save Logan from Agent Monroe, and can the two of them stop Logan from going nuclear as he discovers abilities he never even knew he had?
more
Amazon Other stores
Bookmark  Rate:

'Rave' is tagged as:

Buy 'Rave' from the following stores: