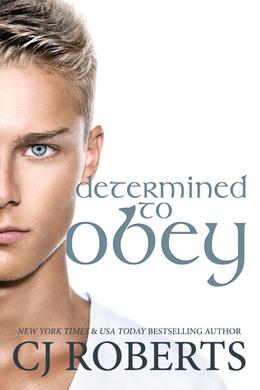 The character “Kid” appears in both Captive in the Dark and Seduced in the Dark.

This novella takes place in Mexico and follows Kid after he and his girlfriend, Nancy, are taken hostage by a group of men led by Caleb. Unbeknownst to Kid or Nancy, they are taken to the mansion of Felipe Villanueva, an eccentric crime boss with a taste for the taboo.

We join Kid in the dungeon, where he is about to meet Felipe and his companion Celia for the first time…


Warning: 18+ only. Very frank language, graphic sexuality and coercion. Do not read if M/M/F bothers you!

Determined to Obey is being published independently at the request of thousands of fans who already own Captive in the Dark, Seduced in the Dark, and Epilogue: The Dark Duet--known together as the Dark Duet series.

Determined to Obey was written as part of the bonus material for Dark Duet: Platinum Edition and not meant to be read as a stand alone. However, it is possible to enjoy it as such if one prefers.
more
Amazon Other stores
Bookmark  Rate:

'Determined to Obey' is tagged as:

The 'The Dark Duet' series

Similar books to 'Determined to Obey'

Buy 'Determined to Obey' from the following stores: