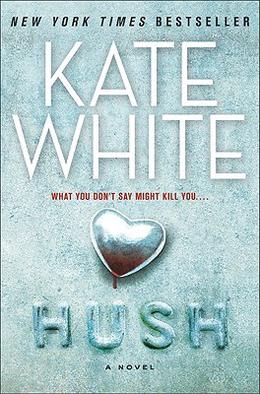 New York Times bestselling author and Cosmopolitan's editor-in-chief returns with a sizzling, page-turning thriller in which an ordinary woman flees the scene of a murder—and realizes it's not just the law that's hunting her.

When Lake Warren learns that her husband, Jack, is suing for full custody of their two kids four months after their separation, she's pretty certain that things can't get any worse. The upside is that she's working with the Advanced Fertility Center as a marketing consultant, alongside the attractive, flirtatious Dr. Keaton. But the morning after their one-night stand, Lake finds Keaton with his throat slashed and discovers that things can indeed become worse—they can become deadly.

So as not to jeopardize her case for custody, Lake is forced to lie to the police. Having just been intimate with a man who has been murdered, and wanting to protect herself from being charged with the crime, she begins her own search for the truth. Meanwhile, the police start looking at her closely, people at the clinic start treating her with hostility, and strange clues begin dropping—quite literally—on her doorstep, and Lake realizes that she is dangerously close to dark secrets, both about Keaton and the clinic. But can Lake stop what she's started before it's too late?
more
Amazon Other stores
Bookmark  Rate:

'Hush' is tagged as:

Buy 'Hush' from the following stores: