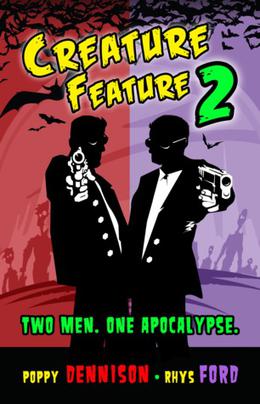 Rise of the Revenants by Poppy Dennison
Vampyres are on the loose in Detroit, and novice hunter Taz Cohen is on the job. The mission seems simple: stop the vamps. But Taz knows nothing about the mythical creatures, so he’s in for the fight of his life. Then he meets insanely attractive construction worker Darren Foster, who jumps into the battle with both feet. Sparks and bullets fly as they struggle against the vampyre horde and their attraction to each other. Avoiding gruesome death from the undead might be easier than shielding their hearts from each other.

Legacy of Blood and Death by Rhys Ford
For Javi Navarro, Detroit will become another blood-splattered city in his rearview mirror after he puts its dead back into the ground. Expecting an easy hunting job, Javi instead finds a kiss of ancient vampyres on the hunt for a descendent of their long-dead creator.

Reclusive Ciarnan Mac Gerailt abandoned his family legacy of blood and death magic after it nearly destroyed him. Unfortunately, the Motor City can only be saved if Ciarnan resumes his dark arts and joins forces with Javi Navarro, the hunter who brought the vampyre apocalypse—and hope for the future—straight to Ciarnan’s front door.
more
Amazon Other stores
Bookmark  Rate:

'Creature Feature 2' is tagged as: