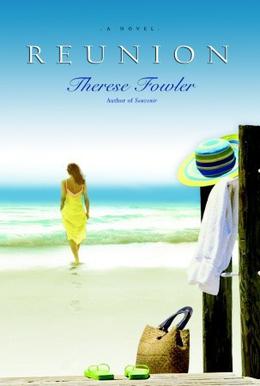 Following the acclaimed success of Souvenir, Therese Fowler’s captivating new novel will resonate with every woman who has wondered what if—as a heartfelt drama of buried secrets and daring passion unfolds.

Celebrity talk show host Blue Reynolds is the queen of daytime television—she is smart, funny, and as down-to-earth as her adoring fans. In the eyes of the world, she has it all. But no one knows about the secret she has harbored for the last twenty years—a secret that could destroy her image, her reputation, and her career. Twenty years ago, she gave birth to a son and put him up for adoption through illegal channels. And every day since, she’s been filled with regret. Now Blue has hired a private investigator to find her son, knowing full well the consequences.

A week in Key West to do her show on location brings Blue a much-needed change of pace—and an unexpected reunion with an old flame, Mitch Forrester. Helping him launch a television series may help her recapture the kind of genuine romance and affection long missing from her life. But it also means having to deal with Mitch’s disapproving son, Julian, who is only nine years younger than Blue. Emotionally battered from his years as a war photographer in the world’s most dangerous hotspots, Julian struggles to get close to his father while making his disdain for Blue crystal clear—which makes his desire for her all the more shocking.

As serendipity and scandal collide, Therese Fowler’s passionate, illuminating novel takes a dramatic turn deep into our own hearts, as the healing power of love—family love, romantic love, and self-love—transforms pain and regrets into promises and second chances.
more
Amazon Other stores
Bookmark  Rate:

'Reunion' is tagged as:

Buy 'Reunion' from the following stores: