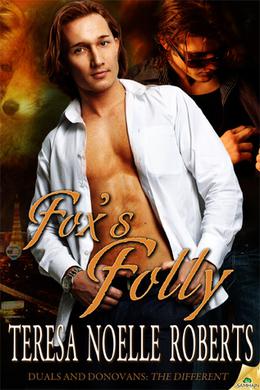 "What happens in Vegas lasts forever...if you're lucky. "

A "Duals and Donovans" Story

Las Vegas is the wrong place for an inexperienced witch like Paul Donovan. But he has no choice; his family owes a debt of honor to a half-fae casino owner, whose guests have been dying under mysterious circumstances. The normy police haven't connected the dots between the deaths, and the owner has called in his marker.

When Paul literally runs into fox dual Taggart Ross, the instant, powerful attraction between them bristles with red flags. Not only should there be no sparks between him and this "hillbilly with a tail," the fact is a dual couldn't have committed murder-by-magic. But until he's got proof, caution rules.

Tag's own suspicions are on high alert. Magic killed his favorite uncle, and Paul, who senses Tag's dual nature way too easily, should be a prime suspect. Except Tag's libido responds to the witch in a way that shouldn't happen.

Whatever this thing is between them, the raw sexual energy feeds a power that becomes their best hope of drawing out the killer out before he, she, or it strikes again. Until love gets involved, and things get real complicated, real fast...

'Fox's Folly' is tagged as:

The 'Duals and Donovans: The Different' series