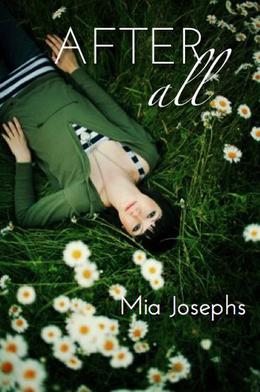 In Ashley’s mind, her new neighbor Brandt is definitely a “Clive Owen” - one of the few perks of her move halfway through law school. The other perk is getting as far away from where she grew up as possible.

With a best friends’ ashes in a jar in her room, and a million reasons she’s determined to finish law school and put bad guys in jail, she’s also decided she wants to get to know this “Clive Owen” neighbor better.

Brandt is just trying to stay afloat as a single father of two teens—both of which he had when a teen himself. The last thing he’s looking for is to fall in love, but when his new neighbor, Ashley, finds her way into his life, it’s as if they’ve found their missing piece. But Brandt knows he doesn’t deserve this kind of happiness. Not after the way he let his family shatter.

Just when Brandt and Ashley find some common footing in the way they feel, Ashley goes to her internship, opens a file, and it destroys everything she’s learned about the family next door.

Both Brandt and Ashley are in a fight to forgive their pasts, navigate the present, and to find a way to hold on to the future they started together. But with everything on the line, and so much to overcome, they begin to wonder if their happily ever after is worth the struggle.
more
Amazon Other stores
Bookmark  Rate:

'After All' is tagged as:

Similar books to 'After All'

Buy 'After All' from the following stores: