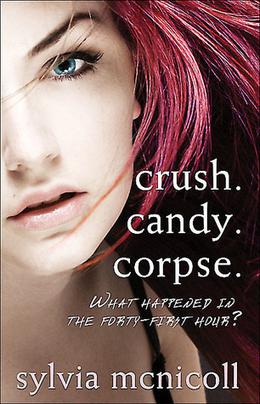 Paradise Manor is depressing - the smells are bad and the residents are old. Sunny would much rather be doing her volunteer hours at Salon Teo, but her teacher won't let her. Who says volunteering at a hair salon doesn't benefit the community?

But working with the Alzheimer's patients has a surprising effect on Sunny. Along with Cole, the grandson of one of the residents, she begins to see that the residents don't have much more choice about their lives than she does: what they eat, how they are treated by staff, even what they watch on television. So Sunny does what she can to make the residents happy - even if she has to sometimes break the rules to do it.

But when tragedy strikes at Paradise, Sunny's left to make the decision about whether or not to honor a promise that Cole made to his grandmother about her life and her death.
more
Amazon Other stores
Bookmark  Rate:

'Crush. Candy. Corpse.' is tagged as: