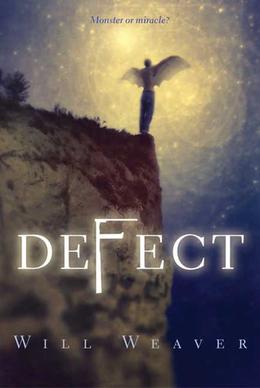 Maybe it was bad karma. Maybe it was just bad luck. Whatever the reason, fifteen-year-old David was born defective. His bug eyes, pinched face, and hearing aids are obvious, but there is a secret David keeps from everyone, even his foster parents. Because of a thin layer of skin hidden under each arm, David can fly--well, glide is more like it. Terrified of doctors, wary of letting down his guard, David is determined to hide his secret at any cost. But then David meets Cheetah, a girl whose own defect doesn't diminish her spirit, and suddenly his life begins to take wing.

In this arresting new novel, Will Weaver creates an unforgettable character on the path to discovering that some blessings can be a curse--and some curses a blessing.
more
Amazon Other stores
Bookmark  Rate:

'Defect' is tagged as:

Recent books by Will Weaver

Buy 'Defect' from the following stores: