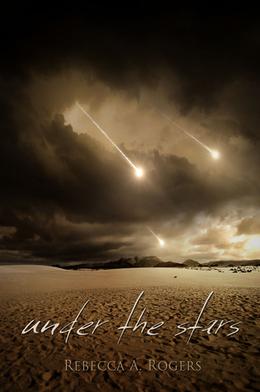 After seventeen-year-old Andrina’s home is demolished by meteors, she encourages her family to relocate to Legora, one of the few remaining cities that promise a new life to weary travelers. But Legora’s food and supplies are in shortage—too many refugees have sought protection behind its gates—and the only option is to appeal to the King of the New World for provisions. When the town assembles a lottery to choose who will plea to the king, Andrina holds the ill-fated ticket.

Her arrival in Valyad, the royal territory, sparks intrigue from King Zarek. Andrina can’t imagine herself acting like the other girls, who flounce after Zarek’s affection and money, but she considers giving in to her flirty side if it’ll guarantee that her family is fed. So when Zarek leaves Andrina with a bitter decision—marry him or he’ll strip Legora of its supplies—she has no choice but to accept being Queen of the New World.

Soon, though, Andrina uncovers that Valyad is smothered in deceit. Days after their wedding, Zarek is found stabbed to death and all fingers point to Andrina. Betrayed by Valyad’s governor, who wants the crown for himself, Andrina learns that it’s the people who will cast a vote on her fate. People who don’t want a commoner operating their kingdom. Andrina must not only convince Valyad that their king didn’t die by her hand, but also outsmart the sly politicians of the realm with a surprise they can’t outrun.
more
Amazon Other stores
Bookmark  Rate:

'Under the Stars' is tagged as:

Similar books to 'Under the Stars'

Buy 'Under the Stars' from the following stores: