The Sun and Other Stars 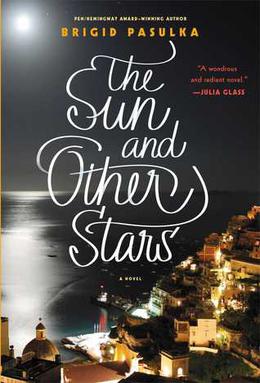 Set in a seaside village on the Italian Riviera, this irresistible new novel by PEN/Hemingway Award-winner Brigid Pasulka tells the story of a widowed butcher and his son whose losses are transformed into love.

After losing his brother and mother within a year, twenty-two-year-old Etto finds himself adrift in his hometown, where every man’s life revolves around soccer, except for his. Frustrated and lonely, Etto is faced with the seemingly impossible prospect of cobbling together the remaining pieces of his life, including his mostly nonexistent relationship with his father, the town butcher.

Things begin to change for Etto when Yuri Fil, a scandal-ridden Ukrainian soccer star and his tough-love sister, Zhuki, arrive in town, and sweep him into their universe of soccer, celebrity, laughter, and fierce loyalty. Under their influence, Etto begins to reconstruct his relationship with his father and learns a few life lessons: that perhaps the game of soccer isn’t just a waste of time—and that San Benedetto, his father, love, and life itself might have more to offer him than he ever believed possible.
more
Amazon Other stores
Bookmark  Rate:

'The Sun and Other Stars' is tagged as:

Similar books to 'The Sun and Other Stars'

More books like 'The Sun and Other Stars'   ❯

Buy 'The Sun and Other Stars' from the following stores: