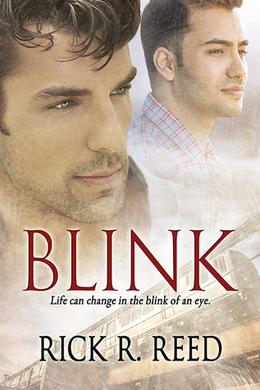 Life can change in the blink of an eye. That's a truth Andy Slater learns as a young man in 1982, taking the Chicago 'L' to work every morning. Andy's life is laid out before him: a good job, marriage to his female college sweetheart, and the white picket fence existence he believes in. But when he sees Carlos Castillo for the first time, Carlos’s dark eyes and Latin appeal mesmerize him. Fate continues to throw them together until the two finally agree to meet up. At Andy’s apartment, the pent-up passion of both young men is ignited, but is snuffed out by an inopportune and poorly-timed phone call.

Flash forward to present day. Andy is alone, having married, divorced, and become the father of a gay son. He’s comfortable but alone and has never forgotten the powerful pull of Carlos’s gaze on the 'L' train. He vows to find him once more, hoping for a second chance. If life can change in the blink of an eye, what will the passage of thirty years do? To find out, Andy begins a search that might lead to heartache and disappointment or a love that will last forever….
more
Amazon Other stores
Bookmark  Rate:

'Blink' is tagged as:

Buy 'Blink' from the following stores: