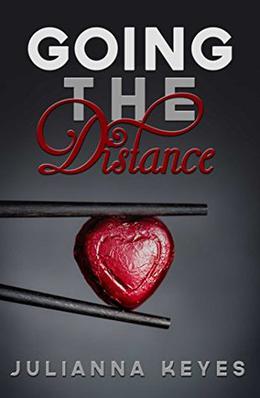 Olivia Clarke’s fall from pretty, perfect, and popular happened in an instant. With her life in tatters, she impulsively accepts a teaching job in the small city of Lazhou, China. Three months in, she’s ready to admit she made a huge mistake. She doesn't speak Mandarin, the teachers at her school refuse to include her in anything, and she spends her nights watching counterfeit DVDs in her twin bed. Alone.

Jarek McLean is a loner. He’s not looking for friends, and he’s definitely not looking for love. The former army interrogator now works as a carpenter for a small construction company rebuilding a travel office in Lazhou. When he meets Olivia he knows immediately she’s too wholesome to be his type, but when he discovers the pretty kindergarten teacher is hiding a secret, his inquisitive side rears its nosy head and demands answers.

Olivia isn't interested in a one-sided interrogation, and makes her position clear: if Jarek wants to ask questions, he’ll have to answer some, too. Jarek’s never let anyone in—not into his apartment, not into his life, certainly not into his heart. But the closer he gets to Olivia, the more he falls for her, and suddenly the man who doesn't do relationships finds himself in a most unexpected one. When he reluctantly admits that this could be love, he’s faced with the most terrifying question of all: What the hell does he do now?
more
Amazon Other stores
Bookmark  Rate:

'Going the Distance' is tagged as:

Similar books to 'Going the Distance'

All books by Julianna Keyes  ❯

Buy 'Going the Distance' from the following stores: