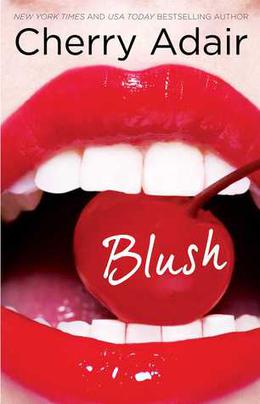 Sex with a stranger. Learn to drive. Learn to cook. Learn to pole dance. Sex under the stars. Buy a truck. These are just a few of the things on Amelia Wentworth’s bucket list, but as the CEO and face of a multi-billion-dollar cosmetic empire, she’s never quite found the time to do them.

Until, after a series of accidents, Amelia discovers that someone wants her dead. But who? And why? She has no time for questions as she changes her name to Mia, buys a secluded fixer-upper near the Louisiana bayou where no one will recognize her, and starts checking things off her bucket list like there’s no tomorrow—which there might not be.

Meanwhile, Cruz Barcelona is a hit man who’s promised himself this will be his last job. Then he’ll take the money and move to a warm, sunny place where he doesn’t have to hide anymore. But when Cruz goes undercover to Mia’s ramshackle house, he starts to realize there’s far more to this poor-little-rich-girl than he thought—and he starts to fall for her. Which is going to make his job a whole lot harder…
more
Bookmark Rate Book
Amazon Other stores

Buy 'Blush' from the following stores: