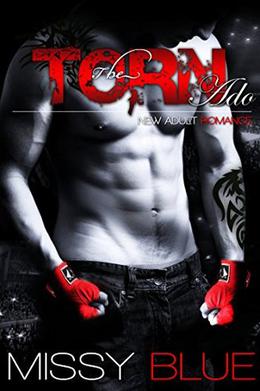 A once gifted ballet dancer chained to the demons of her past, Jewel is broken and no longer dances, her dream torn away from her. Determined to not lie down and die, she takes up the fight, disguising herself as a man, and dares to enter... The Tornado’s testosterone-fueled gym.

An Ex-Marine turned MMA champion, living in the shadow of his tragic past, Asher “The Tornado” Prince only wants to keep his head in the game, turning any man who enters the ring into dust. His temper is hotter than a branding iron, keeping everyone at arm’s length for good reason. He is all tattooed muscle, blood, sweat, and anyone who dares to cross his path, he’ll leave them in tears.

Jewel wants out of her dark world, but she faces the fight of her life to get there. But she won’t do it alone. When Asher discovers that the skinny little kid who comes to his gym every night is a beautiful young woman, nobody will dare touch her again. They call him The Tornado, and Jewel finds out fast why he lives up to his hard-hitting, bone-crunching name. But when he proves to be the tornado to her demons, he also becomes the shelter to her storm.

And in the end, he will give up his dream, only so that he can…save hers.

Author Note: MATURE CONTENT 18+ Past descriptions of abuse, but nothing graphic. The Tornado is a new adult romance. Asher is a possessive alpha-male but with a HEART OF GOLD (No alpha-hole). NO CHEATING. NO CLIFFHANGER. No annoying EX drama. Book length: 100k. Written in first person and from both POV.

'The Tornado' is tagged as:

Similar books to 'The Tornado'

Buy 'The Tornado' from the following stores: