Stranger in my Bed: Danger & Decisions 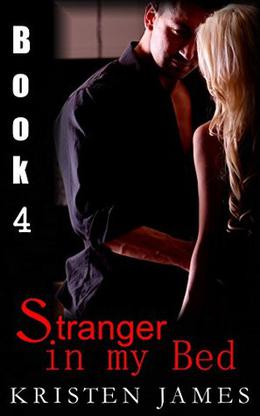 The team has caught up with Megan and promises answers, but will she want to know the truth? Can she believe them after everything they've put her through? Along with Eli, TJ, Nick and Sage tell her an unbelievable story, and yet it's the only logical explanation. Megan might have to accept her role in all of it.

If they are telling the truth, it's much bigger than she ever imagined, and now they're in more danger. Eli wasn't the only one looking for her.

I’m lying on Eli’s chest completely spent, listening to him breathe, but I know neither of us will be sleeping any time soon. Too much happened today. Too much came to light, and too many emotions are raging through my veins.

His fingers trace circles on my lower back. We could go to the bed to sleep, if we wanted. I don’t want to. I like it here by the fire.

“Eli, when I first woke up, the name Megan sounded all wrong to me. But that’s what you’re calling me now.”

“Really?” He sounds intrigued by that. “You had to use so many different names. Maybe that’s why. You were Tina in the last operation.”

Tina. I don’t like hearing that name at all. Something in me connects it to fear and danger.

“The one that went so wrong? Tell me about it.”

**SERIES BLURB:
Megan wakes from a coma to a life that doesn’t feel right and a husband who acts like he loves her…but is he lying to her? Tricking her? What’s really going on? All the evidence says they’re happily and legally married, and yet her shattered memories say otherwise. Everyone she meets seems to be in on it, unless she’s suffering from paranoia due to her brain injury.

Ellison is the key to her past and future, even if she can’t trust him. That doesn’t stop her attraction to him. Megan plays a double agent, working with “Eli” to rebuild a life while trying to uncover the truth. Why would he do this? Does she know something she shouldn’t? He has an explanation for everything until new answers lead to an even more twisted story. What will she have to do to uncover the truth and learn who she really is?
more
Amazon Other stores
Bookmark  Rate:

'Stranger in my Bed: Danger & Decisions' is tagged as:

Similar books to 'Stranger in my Bed: Danger & Decisions'

More books like 'Stranger in my Bed: Danger & Decisions'   ❯

Buy 'Stranger in my Bed: Danger & Decisions' from the following stores: