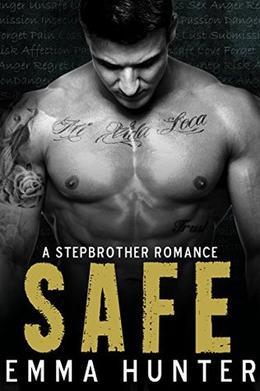 A Damaged past. Forbidden attraction. Primal sex.
He’s the one man she can’t have…

Brad
He’s the man’s man of the police department—the dead sexy protective type that takes care of his own. Ever since his mother died, he’s made it his personal mission to do whatever it takes to protect his loved ones.

But he’s got one problem that’s testing everything he stands for.

The one girl that’s off limits—his step-sister. He knows he shouldn’t want her, but the primal attraction is reaching a boiling point.
And somethings got to give.

Just when things couldn’t get any worse, she gets mixed up with the wrong person and now he only wants one thing…

Jillian
He’s the last person on earth she should be attracted to. But even though she’s the feisty, adventurous girl with a black belt in MMA; she can’t shake the punch in the gut guilt over falling for him. She’s always had an emptiness in her life she can’t fill—a void she blames on her tragic past.

Now she’s faced with one question that terrifies her…

Is he the answer to that void?

If he is, what does that mean for them and the ones they love? And when she plays with fire…

…will he be there to calm the flames?

'SAFE: A Stepbrother Romance' is tagged as:

Buy 'SAFE: A Stepbrother Romance' from the following stores: