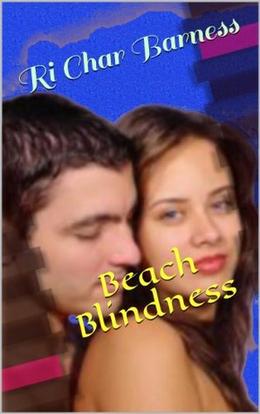 Kelly Mars is in Florida for a break from college. Her girlfriend had backed out. Alone with no friends, two weeks before the normal crowds of college students were to arrive, she feels the week was a waste of time until she sees a 'blind' man on the boardwalk. He is young and cute, but the striped cane tells her he is blind. When she invites Chuck Winters to her room so she can shower prior to accepting his dinner invitation, she has no concern of any modesty in front of a blind man. A blind man couldn't see her in the nude as she gets ready for their date.
When he says how good she looks, she is mad. Not blind as she had supposed, she's furious and embarrassed. The cane isn't even a cane. Yet she is strangely drawn to him. His sexual advances while stimulating are not totally acceptable. She is in Florida to relax, not to party with the first guy she meets.
Who is the 'blind' man who goes to college locally, works as a lifeguard, but has a secret talent. The cane holds a secret. A secret that leads Kelly to her knees in from of strangers who want nothing more that to feel Kelly's mouth on them. When he offers her to multiple men, is she willing to accept his proposal? Can she say no to such outrages suggestions?
Is she willing to allow her body to be a pawn for the handsome lifeguard's schemes?

WARNING:
This story contains sexual encounters of a graphic and explicit nature. Content is intended for persons over age eighteen. All character are fictional and are the inventions of the writer's imagination. Characters engaging in sexual activity are considered to be over the age of eighteen in all cases.
more
Amazon Other stores
Bookmark  Rate:

'Beach Blindness' is tagged as: