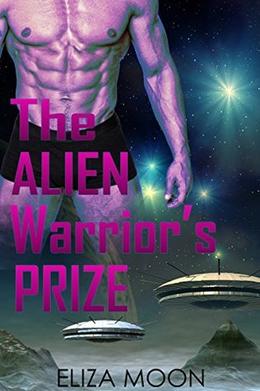 A brave girl looking for an adventure PLUS a sexy alien warrior who takes her captive PLUS a team desperate to find her!

Dakoda and her team have been assigned a mission to Planet N5H to retrieve resources detrimental to the survival of the human race. Team 3927 has trained for this most of their lives and is eager to take on the challenge.

Upon landing on the planet, however, they make a discovery that puts their mission, and their lives, in jeopardy. They find that they’re not the only ones on this planet...

The Benevaal are a species superior to humans, and when they encounter Dakoda’s team, a conflict between the two species ensues. In the chaos that follows, Dakoda is taken captive.

Eliasgah, the sexy leader of the Benevaal group, can’t help but feel attracted to Dakoda. The more time Dakoda spends on the Benevaal ship with Eliasgah, the more the two can’t seem to hide their pull for each other.

But Dakoda refuses to show any weakness. If falling for the person holding you captive is a weakness, then Dakoda will do everything to resist... Will Dakoda fall for Eliasgah? And will her team manage to rescue her? Find out now.

AUTHOR’S NOTE: This is a 8,500-word stand-alone story with an HEA, so no cliff-hangers! Story contains mature themes and language and is intended for 18+ readers only.
more
Amazon Other stores
Bookmark  Rate:

'The Alien Warrior's Prize' is tagged as:

Buy 'The Alien Warrior's Prize' from the following stores: