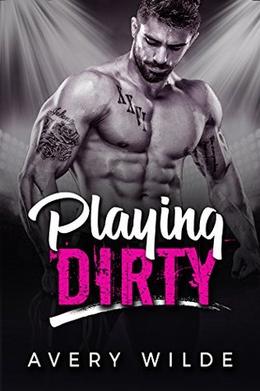 She’s out of my league, but that won’t stop me from trying to score…

I don’t do relationships. No way. As one of Manchester United’s top players—and playboys—I’m only looking to score, on the pitch and off it too.

Until I meet Kate.

She’s smart, ambitious, and beautiful, and unlike all the other women I meet, she doesn’t give a damn about who I am. She doesn’t even like football!

A woman like her would probably never go for me, but I can’t stop thinking about her, no matter what I do. I can barely even kick straight on the pitch when I see her; all I can think of is those delicious curves and that gorgeous smile.

So now there’s only one thing I want to score by the end of this season, and it’s sure as hell not the Premier League trophy…

Sometimes the best matches are the ones you don’t expect.

But then my little sister convinces me to take a break, and I end up across the pond in Manchester, home of Manchester FC…and home of England’s biggest football star, Jay Walsh.

Jay is a tattooed, foul-mouthed, arrogant playboy with more notches on his bedpost than Hugh Hefner, and he’s the exact type of guy I've been trying to avoid... so why does my heart melt when I meet him?

I know I can’t give in; can’t let myself be tempted by his perfect body, handsome face, or that witty British charm of his… and yet, I can’t stop myself. I’m going nuts for him, but if I stay, I risk losing my job back home.

So what do I do? Do I listen to my heart, which is pulling me towards Jay, or do I listen to my brain, which is screaming at me to think of my career? I’m being pulled every which way, and I’m petrified of making the wrong choice.

Then again, falling in love isn’t exactly a choice…