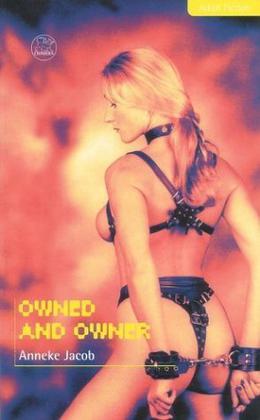 Far in the future exists a world of men, a planet where the only women are rare and exotic pets. These few women, convicted of crimes, have chosen their punishment: slavery on Henth. The few men who buy them know what they are getting: eager submissives, willing to accept the status of animals in order to be owned by men.

Etrin is a young woman who makes this choice; Garid is the man who buys her. Long prior to the time of the book, Henth's colonizers split along gender lines, and the women removed themselves to a separate planet. The two societies have almost lost sight and memory of each other, except for the rare occasions when a woman chooses slavery on Henth over the alternative punishment on her home planet. Driven by a deep need for submission, Etrin pushes her misbehaviour year after year, knowing that she'll eventually be sent to Henth.

When finally convicted and sentenced for her crimes, the bound Etrin is overwhelmed by her first contact with the men on the planet Henth. Once Garid purchases his new pet, Etrin goes through stages of acceptance and the relinquishment of self as she faces the strict demands required of her.

'Owned and Owner' is tagged as:

Similar books to 'Owned and Owner'

All books by Anneke Jacob  ❯

Buy 'Owned and Owner' from the following stores: