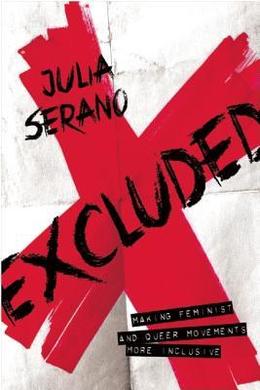 While many feminist and queer movements are designed to challenge sexism, they often simultaneously police gender and sexuality—sometimes just as fiercely as the straight, male-centric mainstream does. Among LGBTQ activists, there is a long history of lesbians and gay men dismissing bisexuals, transgender people, and other gender and sexual minorities. In each case, exclusion is based on the premise that certain ways of being gendered or sexual are more legitimate, natural, or righteous than others.

As a trans woman, bisexual, and femme activist, Julia Serano has spent much of the last ten years challenging various forms of exclusion within feminist and queer/LGBTQ movements. In Excluded, she chronicles many of these instances of exclusion and argues that marginalizing others often stems from a handful of assumptions that are routinely made about gender and sexuality. These false assumptions infect theories, activism, organizations, and communities—and worse, they enable people to vigorously protest certain forms of sexism while simultaneously ignoring and even perpetuating others. Serano advocates for a new approach to fighting sexism that avoids these pitfalls and offers new ways of thinking about gender, sexuality, and sexism that foster inclusivity rather than exclusivity.
more
Amazon Other stores
Bookmark  Rate: