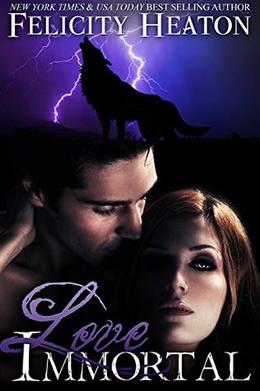 Love Immortal (A Vampire Romance Novel)
Rescued from werewolves by the most breathtaking man she's ever seen, Lauren is dragged into the fight of her life and a dark world she never knew existed. There, she discovers that she's the latest reincarnation of a goddess and must drink the blood of her immortal protector, Julian, in order to reawaken and continue her three thousand year old mission to defeat Lycaon, the original werewolf.

With the help of Julian and an organisation of people with supernatural abilities, Lauren fights for her life, their future and the fate of mankind against Lycaon and his deadly army, but can she succeed when Lycaon has killed all of her predecessors?

Can she crack the armour around Julian's heart and seize her happily forever after with him? And can Julian bring himself to trust Lauren with the fragments of his heart after everything he's been through?

'Love Immortal: A Vampire Romance Novel' is tagged as:

All books by Felicity Heaton  ❯