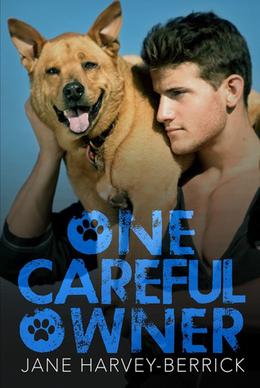 Alex is lost and alone, with only his dog, Stan for company. He doesn’t expect kindness from anyone anymore, but sometimes hope can be found in the most unlikely places. He has a second chance at happiness, but there’s a dark side to Alex, and a reason that more than one person has called him crazy.

Single mother Dawn is doing just fine. Except that her ex- is a pain in the a**, her sister isn’t speaking to her, and her love life is on the endangered list.

At least her job as a veterinarian is going well. Until a crazy-looking guy arrives at her office accompanied by an aging dog with toothache. Or maybe Alex Winters isn’t so crazy after all, just … different.

Dawn realizes that she’s treated him the same way that all the gossips in town have treated her—people can be very cruel.

Contains scenes of an adult nature. This is a standalone novel with no cliff-hanger.

“Take me, all of me, broken and in pieces, or say to hell with me.”

WARNING!
This book will break your heart!
From the best-selling romance author of THE EDUCATION OF SEBASTIAN comes a sexy, heart-breaking and heart-warming story about one man and his dog. (Standalone)
more
Amazon Other stores
Bookmark  Rate:

'One Careful Owner' is tagged as:

Similar books to 'One Careful Owner'

Buy 'One Careful Owner' from the following stores: