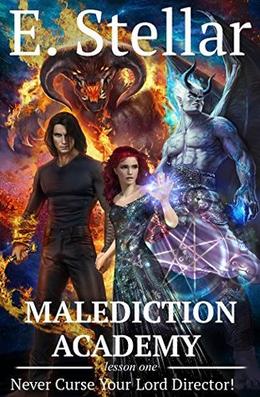 Never lay a curse on your own director, let alone a tenth-level curse, and especially when you yourself have no idea what the curse brings. Don't do it! Especially if you're a simple adept at the Academy of Malediction... and he is the most powerful lord in all the Dark Empire! After all, if you did do something so incredibly foolish, you might end up setting a whole series of strange events in motion... For example, what if that very same Lord Rian T'er, the one you've just placed under a nasty curse, suddenly began following you around, making almost open advances? What if lethal curses started raining down mysteriously upon the unfortunate denizens of the town of Ardam and a serial killer turned up in the Borderlands - one who chooses as his victims only girls who look very like... you. And if you could, in theory, escape the murderer, there was still no imaginable way to escape Master T'er! Dark lords, in the end, always get what they want.
more
Amazon Other stores
Bookmark  Rate:

'Malediction Academy. Lesson One: Never Curse Your Lord Director!' is tagged as: