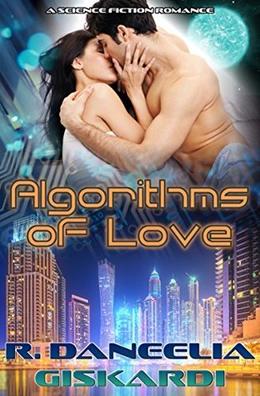 Nadja Graves doesn’t have time for sex or romance: that coveted valedictorian honor she’s been doggedly pursuing is now just a few weeks–and a couple challenging finals– away from finally being hers. Not to mention that dream job with New Tyco’s Legal Division that hangs in the balance. She must focus and not stumble at the finish line.

But a chance encounter with the android she’s been crazy for since she was seventeen is about to change her mind about that, and about a good many other things.

For years, Detective Duncan Derovich has been searching for love, with seemingly every woman he meets, but the last thing he expected was to find the real deal with his best friend’s daughter. Having lived his whole life among humans, he’s quite aware of their many rules about dating, but an android’s nanites are never wrong: when they say it’s love, there is no arguing with it. And why would he want to throw away the only woman who has ever made him want to be monogamous? Especially when he can’t get enough of her in bed?

'Algorithms of Love' is tagged as:

Similar books to 'Algorithms of Love'

Buy 'Algorithms of Love' from the following stores: