One Wrong Turn: A Novel 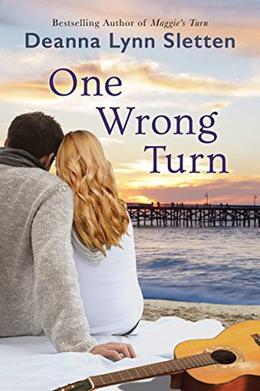 Author Deanna Lynn Sletten returns with an unforgettable novel about one man’s crisis of self and his greatest act of love.

The words “I’m her husband” roll off Clay Connors’s tongue, but with his ex-wife lying in a coma—and no assurance that she’ll awaken—he knows he’s perilously close to losing everything. A singular, terrifying accident has left Jess Connors suspended between life and death. Now Clay is reunited with the family he hasn’t seen for two years, including the daughters he left behind.

Clay should have been there for his family. He never should have stayed away so long. The alcohol that took over his life destroyed everything but a shred of his self-preservation. Sober and haunted, Clay revisits the memory of love, marriage, and how his life unraveled. He hopes that by trying to reconnect with the daughter who blames him and the daughter who barely knew him, he can find a light of hope in this darkest hour. As his family faces its most grueling, emotional test yet, Clay must summon the courage to make right what was wrong—and find forgiveness from his harshest judge: himself.

'One Wrong Turn: A Novel' is tagged as:

Similar books to 'One Wrong Turn: A Novel'

More books like 'One Wrong Turn: A Novel'   ❯

Buy 'One Wrong Turn: A Novel' from the following stores: