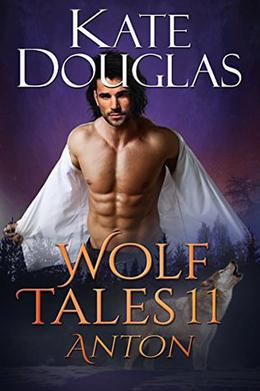 A race of shapeshifters who are driven by a searing hunger for sexual passion, the Chanku also thrive on love and a deep devotion to their kind, and they have always relied on their intensely protective nature to keep their packs safe—until now. Two of their own, Tala and Lisa, have been kidnapped and are being used as leverage in a twisted plot to assassinate the president. All but powerless to stop the malevolent men behind it, their mates fear for the women’s lives and question their own role in the hostile situation.

But Anton’s plan entails consequences even he could not foresee and requires a sacrifice he never intended. And as he opens himself to the overwhelming sensual power of his people, he’ll face a life-threatening crisis that also endangers the lives of those he’s vowed to protect . . .

Praise for the Wolf Tales Series:

Kate and her husband of over forty-five years have two adult children and six grandchildren. They live in the beautiful wine country of Sonoma County, California, in the little town of Healdsburg.

Write to Kate at kate@katedouglas.com. She answers all her email. You can also find her on Facebook at www.facebook.com/katedouglas.authorpage and occasionally on twitter as @wolftales.
more
Amazon Other stores
Bookmark Rate Book

All books by Kate Douglas  ❯