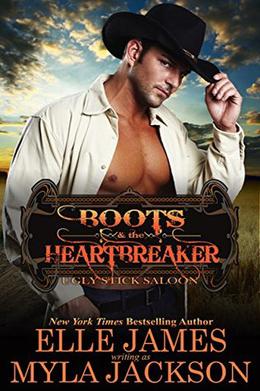 Colin McFarlan’s back is against the wall. Two brothers have caved to their mother’s threat to sell the ranch if they don’t get married and give her grandkids—now it’s his turn. Too bad the only woman he’s ever loved is the one who came between him and his brother Brody.

When Fancy returns to Temptation, he’s determined to steer clear of the gorgeous real estate agent, who looks good whether dressed up in a pencil skirt or dressed down in cowboy boots.

Fancy Wilson made mistakes. Getting engaged to Brody was the first. Weeping in Colin’s arms—and falling into his bed—on the night she and Brody broke up was the second. She’s not adding to her sins by falling for Colin all over again. She’s had enough heartache.

Yet when Colin asks her to help break up a romance between his mother and the notorious town heartbreaker, she can’t resist. But soon they’re scrambling to undo the damage they’ve done…before it destroys their last chance for happiness.
more
Amazon Other stores
Bookmark  Rate:

'Boots & the Heartbreaker' is tagged as:

Similar books to 'Boots & the Heartbreaker'

All books by Myla Jackson  ❯

Buy 'Boots & the Heartbreaker' from the following stores: