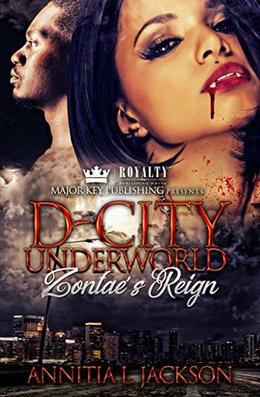 The Duvall Family has ruled the Underworld for centuries, right under the nose of humans. They are a powerful vampire clan that is known for being ruthless to get what they want. King Zaire Duvall and Queen Esha have done everything in their power to ensure that their family stays on top or, so they thought.

Mesa Duvall is the youngest of the Duvall brothers and runs a successful underground club for vampires and other creatures of the underworld. His family knew him as the one that followed all the rules. However, Mesa is breaking one major one that could get him killed.

Zontae Duvall is the most feared demon in the Underworld and next in line to rule. He helps run the family’s legal businesses, but his main business is slinging blood and other serums to the vampires and demons in the Underworld. His urge to suck the soul out of your body, or something even worse, is usually controlled by a serum. But something is changing, and his dark urges may no longer be under control.

Selene and Samara Kenney are cousins but were more like sisters to each other. Their home life is dangerous, thanks to Selene’s mom. After escaping their home, the girls are on a mission to find answers to Samara’s mysterious past and her parents’ deaths. Enter the Duvall brothers who turn their world upside down. Will these four be able to deal with the challenges, danger, and dark secrets revealed? Or will it tear them apart? When the Kenney girls meet the Duvall brothers, nothing will ever be the same, and their lives will change forever.
more
Amazon Other stores
Bookmark  Rate: