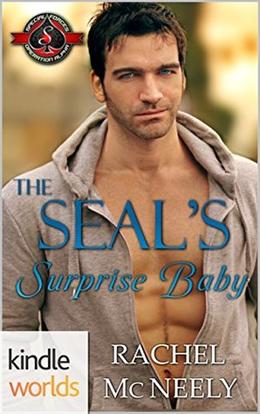 Jackson Langley, better known as Bear, felt like his team was family and he rarely thought of marriage. At least not until he rescued Kayla Townsend in the parking lot outside Ace’s Bar and Grill.

Kayla secretly longed to meet Jackson, but her distrust of men kept her away from him. After he rescues her, she relaxes her guard and they spend one night of passion which leads to more. Kayla’s old fears of distrust returns when he doesn’t call her after their time together. She fears it’s over and then an unexpected pregnancy changes everything.

When Jackson returns and danger stalks Kayla, Jackson will do anything to keep her and their unborn child safe.
more
Amazon Other stores
Bookmark  Rate: