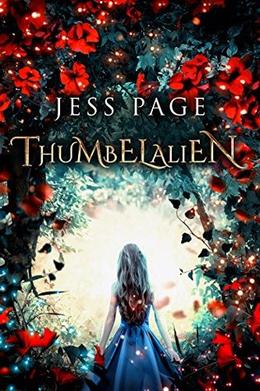 It's a big Universe out there...

Lina may only be three inches tall, but that doesn’t stop her from fixing any and everything in her path. That works out pretty well since she's got an experimental physicist as an adoptive mom — less well when one of those experiments runs haywire and flings her across the Universe to a strange planet with no way home.

On the mysterious planet of Mabnoa, Lina meets an entire village of tiny people like her — including the unbearably cute and charming Prince Bain, who quickly sweeps her off her feet with his wide-eyed enthusiasm about traveling the stars and exploring the unknown.

The Queen has other plans; Mabnoa has been isolated for generations for a reason and she’s not about to let her son put the entire planet at risk over an infatuation. Her opposition forces the pair to flee under the cover of night, but escaping the Queen’s overbearing protection soon becomes the least of their obstacles — malfunctioning ships, enemy aliens, and an age-old struggle all stand in the way of Bain and Lina’s happily ever after, putting their bond to the ultimate test.

Thumbelalien is a sci-fi retelling of Thumbelina. It is over 90,000 words of sweet, clean romance, with NO explicit sexual or violent content, suitable for adult and YA audiences. Enjoy!
more
Amazon Other stores
Bookmark  Rate:

'Thumbelalien: A Space Age Fairy Tale' is tagged as: