Hooked 2: Addicted to A Supreme Love 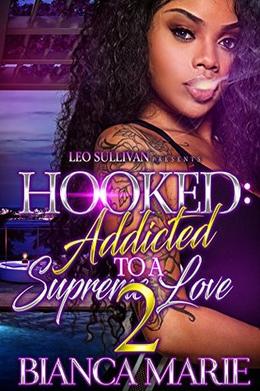 Things have gone from Perfect to horrendous in Denim’s life.

The man who helped her, who became her saving grace, is now the man who’s caused all of her pain. She doesn’t think she could ever forgive Supreme for his role in her parents' death, but they say that word love is a strong magnet. And when two people's chemistry is magnetic, it's impossible to let it go that easily.

Supreme loves Denim with all his heart. He’s done some things in the past that he’s not proud of, but he only wants her forgiveness. When enemies came lurking from the past, Supreme has no choice but to do what he has to do in order to keep him and his family safe. Hopefully, Love shall reign supreme, but if it doesn’t, someone has to lose. And Supreme is determined it won’t be him.

Then you have Unique. She has a thirst for revenge that she’s not letting go. She just can’t shake the thought of Choppa getting one over on her. She was raised as a goon, but goons have hearts too. And hers is broken by the man she loves without a doubt. She only has herself to blame when a secret comes out about her that she’s been holding back for years.

In this installment of Hooked, these two couples go through the rollercoaster ride of emotions. Come and take a ride with them as they try to figure out is love even worth it?
more
Amazon Other stores
Bookmark  Rate:

Similar books to 'Hooked 2: Addicted to A Supreme Love'

More books like 'Hooked 2: Addicted to A Supreme Love'   ❯

Buy 'Hooked 2: Addicted to A Supreme Love' from the following stores: