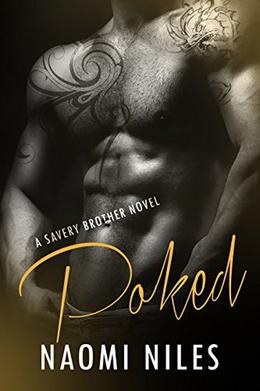 She is an introverted individual who bears the scars of her mother’s abusive religious leanings. He is a poker player who does not share her interests. When he first sees her, he finds her unattractive, but somehow he cannot get her out of his head. He decides to ask her out, and when she refuses, he makes a game of it, eventually using a card trick to get her to say yes.

While things get steamy right off the bat, she cools it off. But then she finds out she and her sister are going to lose their bakery, and only he has the money to save it.
more
Amazon Other stores
Bookmark  Rate:

'Poked (A Standalone Romance) (A Savery Brother Book)' is tagged as:

Buy 'Poked (A Standalone Romance) (A Savery Brother Book)' from the following stores: