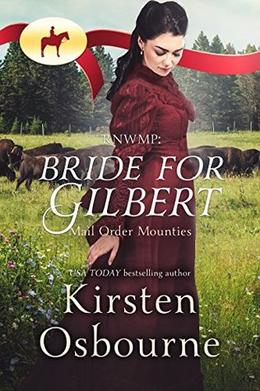 Madelyn White finds herself in a difficult position. She is living in a large city for the first time in her life, and her boss is showing a very inappropriate interest in her. When she meets Miss Hazel—matchmaker to the Mounties—she worries that she’s being too hasty by even talking to the woman. But the letter she reads from a Mountie who recently lost his wife makes her want to go and be a mother to his two young girls.

Gilbert Keeler has no desire for a woman in his life, but he recognizes the fact that his girls need a mother, especially with the danger involved with his job. He decides to use unconventional means to find a bride, immediately making it clear that any woman who responded would be there for his girls and not for him. When his new bride appears, he’s more attracted to her than he expected, but he’s determined to keep his heart intact. Will Madelyn be able to convince him that she really would make a good wife? Or will the two of them spend the rest of their lives in a loveless marriage?
more
Amazon Other stores
Bookmark  Rate:

'RNWMP: Bride for Gilbert' is tagged as:

All books by Kirsten Osbourne  ❯

Buy 'RNWMP: Bride for Gilbert' from the following stores: