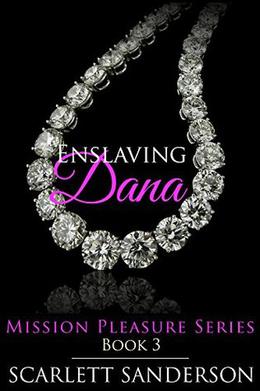 After catching her cheating fiancé, Dana decides to change her life. She gives up her boring job as an accountant to pursue her dreams of opening a bakery. At night, she explores her submissive side online, afraid of attending any real gatherings. Finally plucking up the courage, she visits Decadence—a club where people can indulge their fantasies—and meets Bastien, a super-hot Dominant who offers her a taste of submission. Following one of the most intense sexual encounters of her life, Dana decides to focus on her bakery. The only problem is she can’t get the sexy Dominant out of her mind.

Dominant and ex-marine, Sebastien Berkley, has a secret. He really likes to bake. Applying for a job at a newly opened bakery, Bastien never expects the owner—and his potential new boss— to be the curvy submissive he’s been fantasizing about. Especially since she never returned to Decadence, despite his invitation.

Neither can deny the intense attraction smouldering between them.

Despite their professional relationship, and their bargain to keep things purely professional, Bastien cannot deny the driving need to enslave Dana, and he’ll stop at nothing to make the pretty submissive his own.

Inside Scoop: This book features a hero who knows what his submissive needs, whether it’s being tied up or being taken in public with the assistance of two other hot marines.
more
Amazon Other stores
Bookmark  Rate: