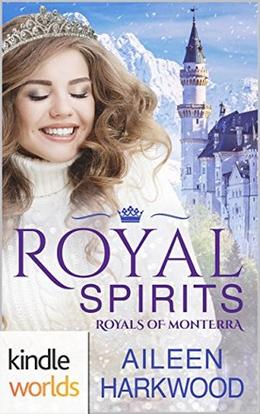 Olivia Beck never wanted to vacation at glamorous Fior di Neve, an exclusive new resort in the Monterran Alps. If not for her best friend begging her to keep her company among the celebrities and royals of Europe, she would never leave her apartment in San Francisco's East Bay. Seven years ago as a high school junior, a traumatic accident left Livia with a problem that has turned her into a shut-in. She sees dead people. Everywhere.

Worse, said dead won't leave her alone, starting with a shrewish ex-girlfriend currently haunting the ridiculously hot Giancarlo, Duke of Brezzano, Fior di Neve's owner. Carlo doesn't know about Livia's inconvenient gift and telling him he has a stalker from beyond sounds like a spectacularly bad idea. When an action film star almost dies at the resort in a carbon copy of Livia's ski crash, however, she and Carlo are caught up in a media frenzy that places Livia in the paparazzi's crosshairs where her secret is at risk.

Can vengeful spirits be put to rest, or does Livia's and Carlo's romance not stand a ghost of a chance?
more
Amazon Other stores
Bookmark  Rate:

Similar books to 'Royal Spirits (The Royals of Monterra Universe)'

Buy 'Royal Spirits (The Royals of Monterra Universe)' from the following stores: