OMISSION: LOVE BETWEEN THE LIES 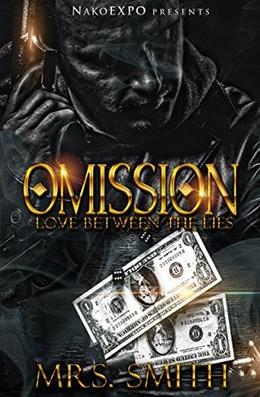 If he removed the mask he had been wearing for years would she still look at him the same?

Montana Richardson was more than a paid hitman, he had a heart for the ones he loved and a very soft spot for Aubree “Breeze” Whitaker.
One dark secret kept his true feelings at bay.
At night, he wondered how could he ever reveal himself to her and if he did what would happen?
Fear kept him quiet…until it was too late.

Breeze was peculiar.
She was truly in a league of her own.
Although, she was young and tender she was way beyond her twenty-five years of age.
Meeting Montana by accident revealed her purpose, one that she had secretly been praying about.

What happens when two people collide magically? Is it pure coincidence or is it fate?
Is omitting the truth to preserve the rare love that you share for another, considered lying?

Mrs. Smith breaks out as a new author with this spell-binding full-length romance novel, Omission: Love Between The Lies is a two-part series that is sure to leave you questioning, is omission acceptable in relationships? Does the end justify the means? Could you find love between the lies?
This is a 2-part series that ends on a cliff hanger.
more
Amazon Other stores
Bookmark  Rate:

'OMISSION: LOVE BETWEEN THE LIES' is tagged as:

Similar books to 'OMISSION: LOVE BETWEEN THE LIES'

More books like 'OMISSION: LOVE BETWEEN THE LIES'   ❯

Buy 'OMISSION: LOVE BETWEEN THE LIES' from the following stores: